There are many reasons for the unreliable measurement of radar level gauges, but the common reasons are as follows:

(1) The installation position of the radar level gauge

The radar level gauge is measured according to the time travel or frequency difference in the process of microwave emission, reflection and reception. Therefore, it is an ideal condition for the instrument to reach the liquid level of the measured medium without any interference. Restricted by the installation location of the radar level gauge, this requirement is difficult to achieve in practical applications.

When the material is emptied, the antenna or nearby condensate can create interfering echoes. When the material is emptied, the fixed components in the tank will cause strong interference echoes, such as the discharge port in the industrial tank, the steam heating coil, the stirring blade, the temperature element, the fixed steel beam and other obstacles will generate the interference echo. 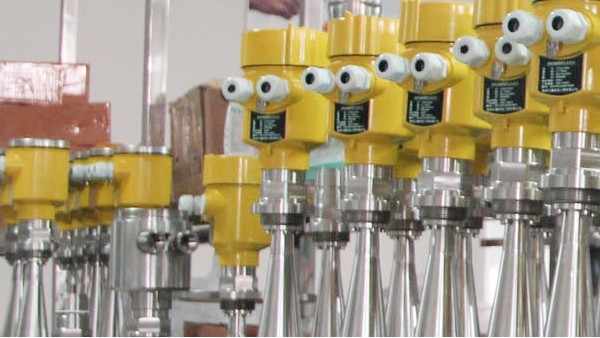 1. The influence of pressure on the reliable measurement of radar level gauge

2. The influence of temperature on the reliable measurement of radar level gauge

For this reason, when using the radar level gauge to measure high-temperature media, it is necessary to take cooling measures such as forced cooling with air or water, or keep a certain distance between the antenna horn and the highest liquid level to avoid the antenna being affected by high temperature.

Taking the alumina industry as an example, since the various slurries in the alumina process use water as the carrier, the dielectric constant is large and the microwave reflection ability is good, and the tanks using radar level gauges are mostly atmospheric pressure. , which can be maintained and repaired without stopping the machine. However, the particularity of the process also makes the measurement face many disadvantages:

2. Many slurries are viscous and easy to scab. When the antenna has thick and wet scabs, it will produce strong reflection of microwaves, so that the measured value of the instrument maintains a constant high liquid level value. When the "near field suppression" is turned on, the "missing wave" error or crash occurs because the instrument cannot receive valid measurement echoes.

3. In order to prevent the slurry from depositing and hardening, there is a lot of stirring in the tank, and the stirring makes the liquid level oscillate, and sometimes foam and vortex are generated.

According to the division of the antenna type, the radar level gauge has the following types: cone antenna, parabolic antenna, horn antenna, long horn antenna.

The cone antenna adopts the working method of transmitting radar waves at multiple points, so it can emit a radar wave type called plane helical wave. The characteristics of this type of antenna are narrow beam and concentrated energy. There are many applications in internal floating roof or external floating roof storage tanks containing stilling pipes. The droplets condensed on the antenna will flow to the center of the cone due to gravity and drop, which can effectively reduce the interference to radar waves.

The radar wave of the parabolic antenna adopts the working mode of single-point emission, and is reflected by the paraboloid to form a divergent radar wave. This type of antenna also has the characteristics of narrow beam and concentrated energy. It is usually used for liquid level measurement of vaulted tanks for storing viscous and severely condensed materials, and can also be used for liquid level measurement of materials with low dielectric constant, with a long measurement distance. In order to prevent condensation from hanging on the material, the parabolic antenna adopts a water drop design method.

The horn antenna also adopts the working method of single-point emission of radar waves. After the reflection of the horn surface, a divergent radar wave is formed. It is usually used to measure the horizontal measurement of vaulted tanks that do not require conduits, and the measurement distance is smaller than that of the parabolic antenna. Since the entire horn antenna extends into the tank, there is no big difference with the temperature in the tank, so there is basically no condensation on the antenna.

The long horn antenna also adopts the working method of transmitting radar waves at a single point. After the reflection of the horn surface, a divergent radar wave is formed, which is specially used for the measurement of the liquid level of the spherical tank. In order to facilitate the online maintenance of the radar level gauge, an integrated ball valve is added to the top of the bell mouth. 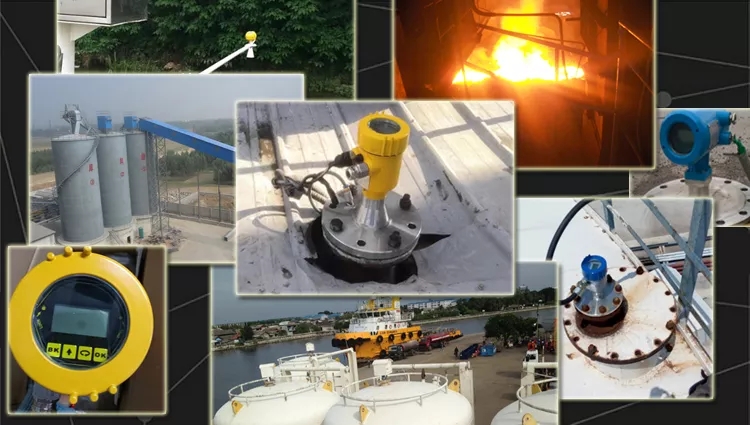