Working principle: The ultrasonic pulse probe emits a beam of ultrasonic pulses to the measured medium, and the sound wave is reflected by the liquid surface. The distance between the liquid levels is measured by measuring the time difference between the emission and reflection of the sound waves. Since the ultrasonic level gauge is not a liquid, it can be used to measure corrosive, non-volatile and non-foaming places. 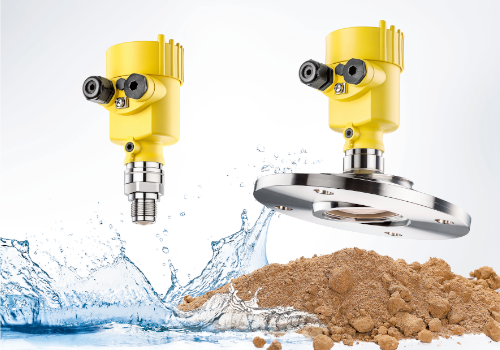 ② Ultrasonic level meter  are suitable for measuring media that can fully reflect and transmit sound waves, but should not be used in vacuum.

③ The ultrasonic flow meter should not be used in process equipment where internal obstacles affect the propagation of sound waves.

④ For the ultrasonic instrument that continuously measures the liquid level, when the temperature of the liquid to be measured changes greatly, the change of the propagation speed of the sound wave should be compensated.

⑤ The connecting cable between the detector and the converter should take anti-electromagnetic interference measures.

⑥ The structure of the ultrasonic level sensor should be determined according to the process requirements and on-site working conditions.

The principle and selection principle of radar level meter

① Select guided wave radar or airborne radar according to the dielectric constant and measurement length of the measured medium.

② When the distance between the liquid level of the measured medium and the electromagnetic wave transmitter is less than 4m, the guided wave radar is selected.

③ If the distance between the liquid level of the measured medium and the electromagnetic wave transmitter is greater than 4m and less than 35m, select the guided wave radar with the guided wave cable.

⑤ The installation of the liquid level gauge should be away from the inlet, outlet, eddy current or protrusions on the inner wall to avoid the interference of electromagnetic waves and affect the measurement.

⑥ When installing the guided wave radar, make sure that the diameter of the short pipe at the flange connection is greater than the height of the short pipe, otherwise the cable will contact the short pipe wall due to shaking, and the liquid level cannot be measured accurately.

How to choose a model, in the final analysis, you still need to understand your own working conditions and the characteristics of different instruments, and judge whether the two match, so that you can get twice the result with half the effort.Want to know about ultrasonic flow meter advantages and disadvantages, click here.